Windows Servers: How to Monitor, Remote Reboot and Remote Shutdown Automatically or Manually In this article, I put together a couple of shareware utilities that seem (to me) to be indispensable for Windows servers in remote data centers.

For server monitoring, Servers Alive from http://www.woodstone.nu/salive/index.php has been a lifesaver for many years. The free edition lets you monitor up to 10 URLs, services, etc.  For more URLs and features, buy a standard license.  It will pay for itself quickly in terms of automatic follow-up to common issues.  I keep the Servers Alive status page open in my browser all day long and can instantly tell whether there are any problems on any servers in California or in the Amazon cloud. I also get email alerts for serious conditions, as do other people in the company.  I use the scheduling feature (in the paid edition) to direct alerts based on time of day.


You can also use PRTG or WebWatch for server monitoring.
For remote reboot, RemBoot from HREF Tools is perfect.  (Well, we wrote it, so I would say that.)  From any browser on any laptop, desktop, iphone, mobile phone, smart phone, Kindle, ipad, etc., I can get my servers to reboot painlessly.  I have a set of shortcuts, one for each server, so I can get in quickly, enter user name and password over https, and know that the server will gracefully reboot promptly.  By gracefully, I mean that all the running applications will be given 20 seconds to close themselves, and if they do not, a second pass will force the shutdown-and-restart to occur.  Graceful reboot is critical because we run 24x7 web+database applications which far prefer to be closed "properly" than end-tasked.  The 20 second timeout is configurable.

The latest version of RemBoot supports a Shutdown option, designed for virtual machines.  I don't know about you.  I run Oracle VirtualBox and I like to shut virtual machines down occasionally to run complete clones (backups) because I never trust just one backup system.  I love having a complete clone on tap, just in case.  My goal is to clone once a week, under program control, automatically.  My plan is to script something that will issue an https post to shut the virtual box down, run the vboxmanage syntax to clone the virtual machine, and then start the machine back up.  My machines take less than 20 minutes to clone.  I figure that is acceptable down time, once a month, for these particular machines, most of which run demo software of one type or another.

But back to monitoring and automatic restart.  Servers Alive has a variety of things that can be triggered when a server-down condition is reported.  I have already mentioned emails and web status page updates.  It can also send an https post, which is what RemBoot requires as input.  So basically I can program the Servers Alive software to watch certain web URLs, and if they misbehave, I can have Servers Alive send my username and password to my (secret) reboot URL over https, and that will make the machine reboot.  I do that after 2 down cycles on one machine that gets itself into a bad state once in a blue moon, really every 2 or 3 or 4 weeks or so, and instead of having a technician wake up, I just have Servers Alive do the reboot.

In case you have RemBoot and did not realize you could automate reboot and/or shutdown, think about it.  The login form is just an html page with a form tag.  That form tag has an action URL, which you can determine by viewing the source of your particular login page.  Look for the action= within an html <form> tag. That action URL is where you have Servers Alive (or any other monitoring system) post your username and password to.  Just make sure that you post via HTTPS not HTTP, and make sure you use your fully qualified domain name and port.

Here is the syntax for posting the 3 fields for a Reboot: UserName=PersonA&Password=PersonA&Action=Reboot


Does not get much cheaper than this

Servers Alive v7 standard edition pricing starts at $279 (USD).  RemBoot v4. pricing is $25. for one server for five years, or $39. for up to five servers for five years.

Blogger said…
BlueHost is ultimately the best hosting provider with plans for all of your hosting requirements.
12 July, 2018 00:41 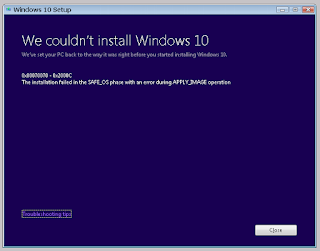